Ask a PT: What is more dangerous, snowboarding or skiing?

A question that comes up often is, “who gets injured more, snowboarders or skiers?” 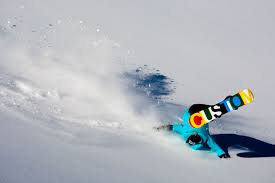 It is a common assumption that snowboarders get injured more frequently than skiers, maybe because of the jumping and park features that are more associated with snowboarders.  There is some speculation as to whether or not this is a correct assumption, and according to Dr. Peter Janes, M.D., an orthopedic surgeon at Vail Summit Orthopedics who has studied snowboard injuries extensively, the injury rates between skiers and snowboarders are about the same. In a recent article, http://www.baptistjax.com/health-library/snowboarding-avoid-spills-on-the-hills, he stated that “out of 1,000 people on the slopes on a given day, three or four will end up seeing a physician, and the rate is about the same whether they’re skiers or snowboarders.”

However, according to a recent study in the American Journal of Sports Medicine, incidence of snowboarding injuries have increased in recent years and is currently higher than in skiers (Kim et al, 2012). In this study, the authors collected injury data on skiers and snowboarders at a ski resort in Vermont over the course of 18 years, and tracked not only incidence and prevalence, but also types and patterns of injuries.

Although this study did find that snowboarders are currently getting injured more frequently than skiers, the more important findings are those related to type of injury.  They found that snowboarders and skiers consistently sustain distinct types of injuries.  In general, snowboarders sustain higher rates of upper extremity (shoulder, hand, and wrist) injuries versus skiers who sustain higher rates of lower extremity (hip and knee) injuries.  The most common injury for all snowboarders (children and adults) were wrist injuries (contusion, sprain, distal radius/ulna fracture, carpal fracture), for adult skiers were anterior cruciate ligament (ACL) injuries, and for children skiers were lower extremity contusions.  Additionally, clavicular fractures, soft tissue injury to the shoulder, concussions, and ankle injuries were more common in snowboarders, and medial collateral ligament (MCL), lateral collateral ligament (LCL), thumb sprains, and tibia fractures were more common in skiers. 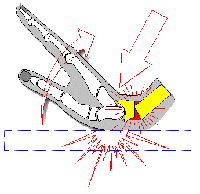 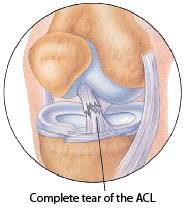 These differences are partly attributed to differences in equipment. Snowboarders have both feet fixed, with limits the amount of lower extremity torsion that can occur with skiing. Additionally, since both feet are fixed, it is more common to lose balance on a snowboard, particularly for beginners. When falling the natural reaction is to reach out the hand, which can result in wrist injury.

One thing this study did not find is a relationship between increased injury and time spent in a terrain park. However, there may be a connection to type of injury, such as clavicular fracture, to spending time in a terrain park.

There is also a connection to amount of experience a skier or snowboarder has to likelihood of injury. The highest rates of injury overall were found in inexperienced, female snowboarders.

It is important to be aware of these common injuries and patterns so that you know what body parts may be at risk, and it what circumstances. Stay tuned for tips next week on how to stay safe on the slopes as this season gets off to a snowy start.

1 Response to Ask a PT: What is more dangerous, snowboarding or skiing?