Ask a PT: How can the Functional Movement Screen (FMS) prevent injury?

This week’s question is came from a person who was interested in an injury-prevention screen we occasionally offer called the FMS. He asked, “how does can this help me prevent injury?”

At Ascent Physical Therapy, we occasionally offer a free injury-prevention screen called the FMS. The FMS is a tool that was originally developed in 1995 to identify those most at risk for injury by analyzing and scoring fundamental movement patterns.  This screen has been tested in a number of different groups of people, included NFL football players, firefighters, and high school athletes, and is found to both predict injury based on a cut-off score and help develop a training program to cut injury-associated cost. 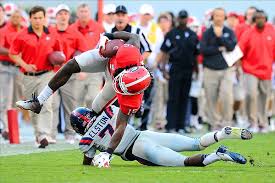 The FMS involves a series of 7 basic movements, which are broken down and scored based on a ranking system of performance. The FMS picks up asymmetries between the right and left sides of the body, as well as overall stability and mobility deficits. Each item is graded 1-3, with a perfect score of 21.

In a 2007 study that included professional football players, a score of 14 was identified as a cut-off score for significantly increased risk of injury.  This study determined that the FMS is a very specific test, meaning that if a person scores a 14 or below, there is a high probability that they will get injured.  The players that scored below a 14, or those who had asymmetries from right to left, were roughly twice as likely to get injured than those who scored above a 14.

This is important because it provides a basis for training movement patterns to prevent injuries in those at risk.  Another 2007 study looked at how an FMS-based training program (i.e. helping individuals improve in the areas of their bodies that mobility and stability deficits were found) could lead to a reduction of injuries in a group of over 400 firefighters in Southern California.  They found that the FMS-based intervention lead to a 62% reduction in time-loss due to injury and a 42% reduction in total injuries. 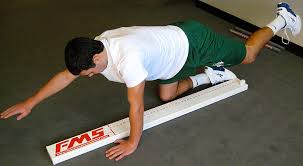 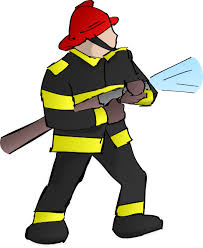 One important thing to note is that the FMS is a screen, rather than a full assessment. It gives us a quick way to assess overall stability/mobility and injury risk but in order to know more about how to treat these deficits, a more thorough assessment has to be done.  There is an assessment called the “Selective Functional Movement Assessment” (SFMA) that was developed by the same group that developed the FMS, and is a good way to follow-up on findings from the FMS.

If you are interested in finding out if you are at risk for injury, you can come by Ascent Physical Therapy on Monday, 11/18 between 6-6:30 for a free screen. If you can’t make it during this time frame, call us and we would be happy to schedule you for your free screen at a more convenient time. 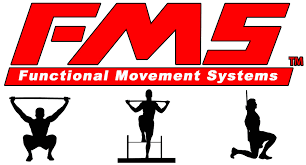